After having Athens amongst my top bucket list items for several years I finally made it there last summer. It is a great city with lots to see, but unfortunately there are also a few negatives. This week I bring to you a post written by Nina, an expat living in Greece, who gives her top tips for making the most of your trip!

There are two major European cities that people visit mainly for ancient historical sites: Rome and Athens. Rome amazes and captivates visitors, and they usually expect the same from Athens. But Athens is different. Athens is dirty. Athens is crowded. It is polluted and smells. Buildings are left to perdition.

Many people that come to Athens for the first time are gravely disappointed. They expect a city full of history with beautiful ancient sites, excellent food, and wonderful people. When they arrive in Athens they see trash everywhere and buildings that are falling apart. They notice the overpriced and unhealthy food, and they find that people are often rude. There are homeless people everywhere, and drug use can be observed openly in daylight.

While Athens does have its historical sites, they can be quite underwhelming for many people and leave them wondering if there is nothing else the city has to offer.

Luckily, there are ways to enjoy Athens. As someone who has made this city her home for the past two and a half years, I understand the frustration many visitors face when traveling here. That’s why I’m presenting the following ways to get the best out of Athens.

This post is not intended to present a negative image but merely to give a realistic point of view and ways to make the best out of your trip to the Greek capital.

Prepare for Your Trip

The first time you come to Athens, three days will be enough to see all the major sights without having to rush from one place to the next. If you want to stay longer make Athens your base for exploring other regions of Greece, such as one of the islands. Check out this quirky 72 hour Athens itinerary for ideas. You can also see a lot by spending just one day in Athens.

The best time to visit Athens is in the spring or fall, when it's not too hot, but not too rainy either. For anyone from colder climates, mid-February to mid-June and mid-September to mid-December will usually be the most comfortable seasons.

The key with any destination is to not build up expectations in your mind that can’t be met. This is especially true for Athens which really provokes mixed feelings as you can easily observe when checking different travel blogs. I’ve had the best travel experiences when I expected very little and was most disappointed when I thought everything was going to be amazing.

Escape the Noise and Pollution

In order to like Athens, you need to see beyond the pollution and ugly architecture. Make it a point to seek out the tiny streets of the Plaka neighborhood which is the part of the city in which you can still see beautiful old buildings. Plaka is cozy, colorful, and full of life with its many bars and restaurants. Hidden away from the noise of traffic you will feel as if you are on a Greek island. 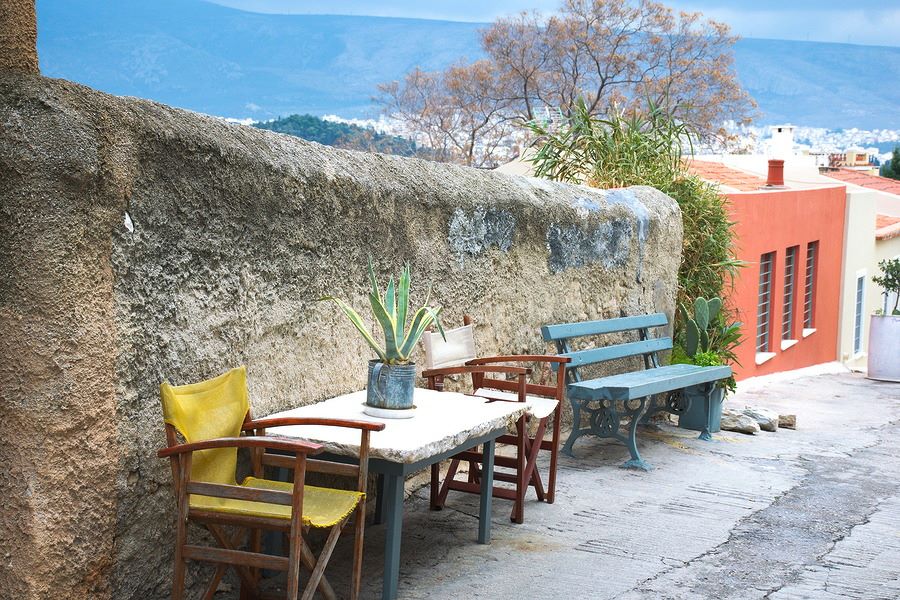 The beaches outside of the city tend to be crowded and dirty. While the private beaches are not dirty, they are still packed with people. The population of the Athens urban area is more than 3 million, and when it gets hot many of these people head to the beaches. If you are in Athens and want to go to the beach take a short boat trip to one of the islands instead. Aegina, Paros, Hydra, and Spetses are all less than two hours by boat from the port of Piraeus and definitely worth spending a day in order to escape the city. It is also very easy to travel from Athens to Mykonos.

Get the Most out of the Historical Sites
Instead of trying to get your fix of history from the sites themselves, when walking past some of the often underwhelming sites, try to remember that you are walking the same streets some of the greatest philosophers walked several millennia ago. This is going to put things into perspective and can make the contrast between old and new more fascinating.

Remember that all tourists will want to see the main historical sites. You should wake up early in order to avoid the big crowds. Nothing is more disappointing than climbing up the impressive Acropolis only to realize that you will not be able to take a single picture without tons of other people in it. Visiting the sites in the morning has the additional benefit of avoiding the unbearable heat later during the day.

The Acropolis is also stunning to have as a backdrop to the nightlife in Athens. You can go for drinks somewhere in the Thisseio neighborhood with the Parthenon lit up in the distance. You will not forget this lovely view.

If at all possible, get tickets for a concert at the Odeon of Herodes Atticus. It is by far the best concert venue I have ever been. If you sit on the far right at the top you should be able to see the Parthenon from there as well which makes for an incredible experience.

Similarly, you can see a movie at the open-air theater Thisseion (Apostolou Pavlou 7). Again, you get to see the lit up Parthenon at night if you sit at the far right side.

These are ways in which you can incorporate the ancient history into modern experiences in Athens. You will get to see something that is not possible in most other cities of the world.

Athens is a concrete jungle. If you want to see some greenery and parks you should go to the northern suburbs of Kifissia and Maroussi. While there are no important museums or sights here, you will get to appreciate that Athens is not entirely gray, dirty, and polluted. 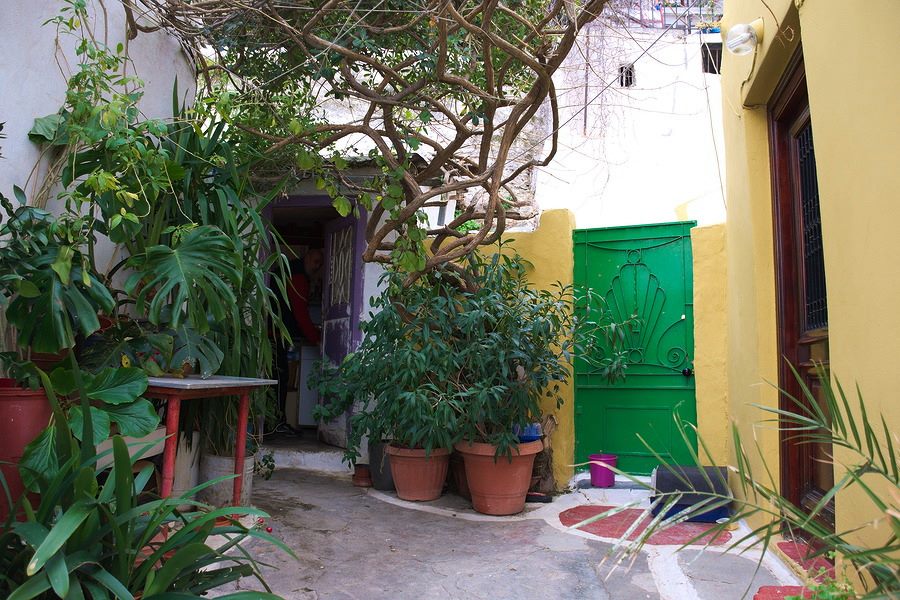 If you’re from any other European or North American country you will be shocked by the fact that Greeks completely ignore European smoking bans. There are but a handful of places that strictly enforce the smoking ban. If you are not keen on eating or having drinks in the midst of smokers make sure to sit outside where the smoke will not be as unbearable. Places like Avli, which is a backyard in the Psirri neighborhood, have the advantage of having the smoke disappear more easily in the air (Agiou Dimitriou 12).  Do check out Little Kook (Karaiskaki 17, also located in Psirri). This little gem of a creatively decorated cafe doesn’t permit smoking and is an absolute must during your time in Athens. As far as bars go, six d.o.g.s. (Avramiotou 6-8) has an outdoor garden which also makes sitting among smokers more tolerable.

If you’re interested in more alternative culture by all means go and see the neighborhoods of Exarcheia and Psirri. If any Athenian tells you that Exarcheia is dangerous, pay them no mind. These are people that have never actually set foot in the area. There can be demonstrations every once in a while, so do stay informed and avoid Exarcheia at such times. Other than that it’s an area filled with bars, cafes, bookshops, and many students.

Nina Ahmedow is an expat living in Athens, Greece. Half Bulgarian Turk, half German, it’s always been difficult for her to fit in so she developed a passion for seeing the world. Nina is interested in living consciously and cares deeply about ethical fashion, veganism, minimalism, feminism, and environmentalism. Her passions include traveling, languages, progressive Islam, and Hip Hop, all of which she blogs about at www.lemonsandluggage.com