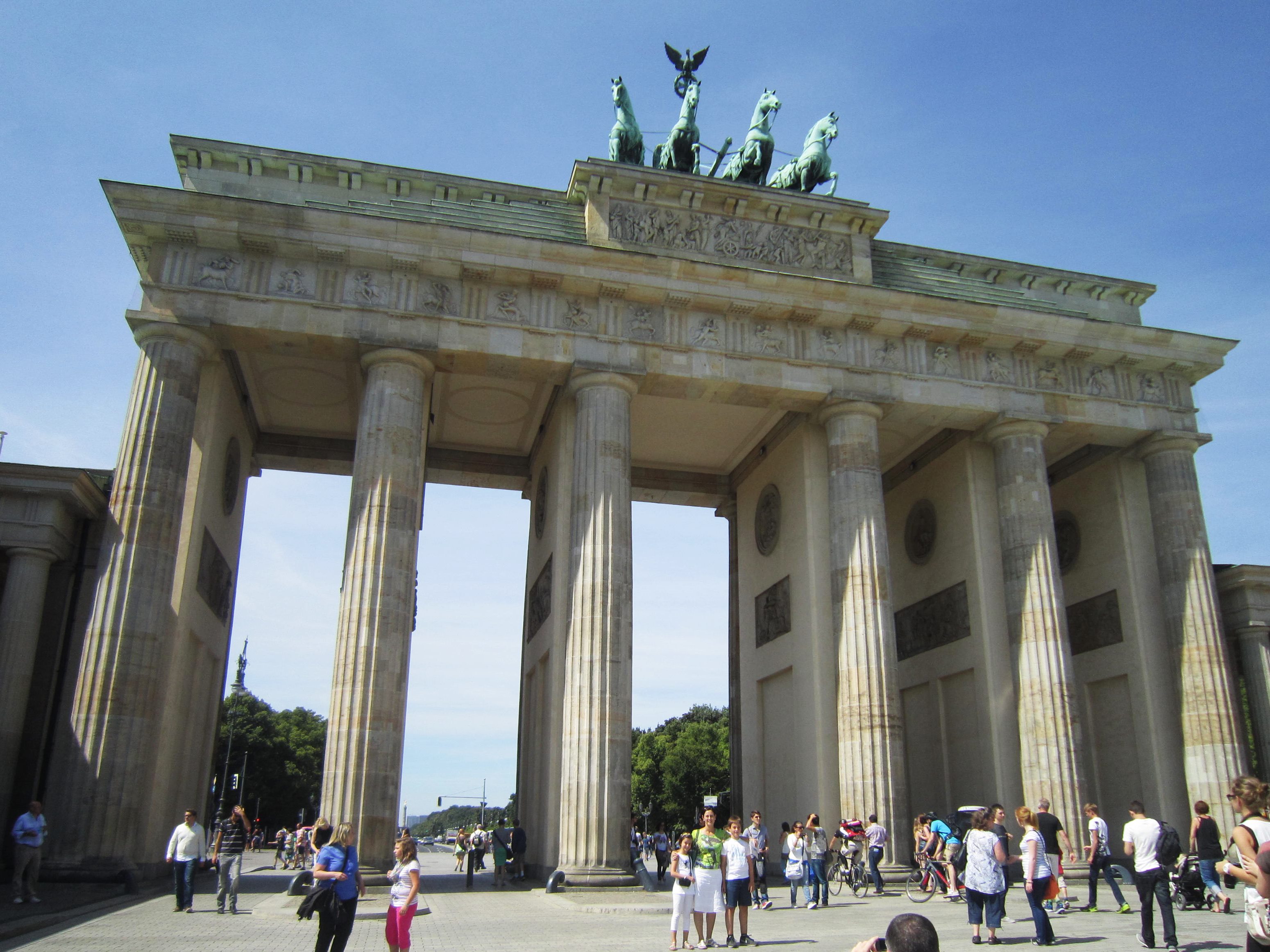 6 Stereotypes against Germans That Are (Almost) Not True

I am now officially on maternity leave, woohoo! I’ll try my best to update the blog when I can, but in anticipation of a haze of sleepless nights and dirty nappies (and getting back in to shape-I can dream, right?!) taking over my life for the first few weeks I have a series of guest posts scheduled to feature on the blog. The first of the series comes to you from Lisa at Travellana who talks about Stereotypes of Germans.

Guest Post Series: Lisa Bomkes: 6 Stereotypes against Germans That Are (Almost) Not True

Considering a trip to Germany? Beyond doubt, the land of poets and thinkers has a bunch of lovely cities, beautiful architecture and stunning nature. There's something for everybody, regardless of whether you're looking for a city trip or an experience of nature, whether you're planning to travel on a low budget or you're thinking about a high class vacation, and whether you're a lover of the sea or you feel more drawn to the Alps. But what about the people? Are germans really as stiff and distant as they're said to be? 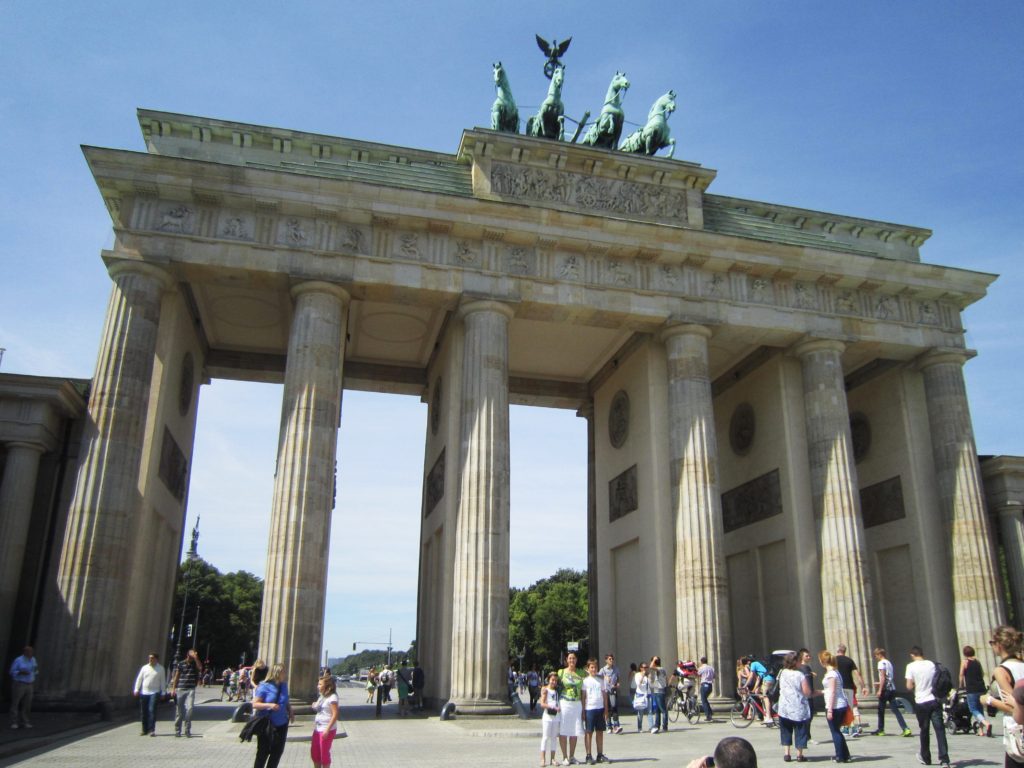 Coming from Germany, I've made the experience that a lot of people who want to go to Germany asked me about the truth behind several stereotypes they have against Germans. I collected the most frequently asked questions about these stereotypes for you and aswered them from the persective of a local.

It is true that Germany has an enourmous amount of regulations to organize different aspects of life. There is so much bureaucracy and it seems like there is a bureaucratic obstacle everywhere. But Germans are pretty annoyed by this and although these regulations exist, you would be surprised about how chaotic most procedures can be. Germans are chaotic but maybe they have the most regulated chaos.

2-Are Germans that stiff and impersonal?

Germans are not as stiff as you think. It's true that Germans may not be the most eccentric and feisty people but they are welcoming and friendly – in their own way. Spend some time with them and you will soon get used to their hospitality. Many people are afraid that Germans are rude. Don't worry, we're (mostly) not rude, it's simply the harsh sound of German that gives you the impression. And Germans are very helpful. Whenever you have a question, don't hesistate to ask a pedestrian. I've made the experience that most people help you with a smile.

3-Is beer really that popular in Germany?

Beer is extremely popular in Germany and there are more than 1.300 breweries in Germany. And of course, Germans drink beer. But there are a lot f people who don't like beer and don't drink it all. A drink that is just as German as beer is the concept of ”Schorle”, a mix of carbonated water with different juices. While the most traditional Schorle is a mix with apple juice, you can also get the most exotic mixtures.

4-Are Germans as punctual as they're said to be?

Well…sometimes yes. And most people really try to stick to their schedules to be punctual. This doesn't always work that well and there are plenty of situations in which an individual or a company is late. This is especially true for public transport. The municipal public transport is often delayed but only for a few minutes so that it's not a big deal. However, our railroad company ”Deutsche Bahn” is the undisputed number one when it comes to unpunctuality. Three of my last four train rides ran an hour late. 5-Are sauerkraut and sausages the only food that lands on German plates?

Definitely not. Of course, people eat sauerkraut and also enjoy their sausages, especially during a communicative barbecue with friends. And Germany also has a lot of different varieties of sausages. But During the last couple of years, Germans started to eat more consciously and there are more vegetarian products available as more and more people decide to live without meat or want to reduce their meat consumption. When it comes to veggie alternatives, the German market is one of the most progressive ones.

6-Are Germans really that obsessed with soccer?

Most Germans are. Regardless of age, gender or status. Soccer has been the number one sport in Germany for years and you can find it everywhere. But this shouldn't make you uncertain. See it as a wonderful means to break the ice and start a conversation. If you don't like soccer at all, then start a conversation with a German who doesn't like soccer either. These people do exist too and there are more of them than you would expect.

Germany is a country that has its peculiarities but it's definitely not a place in which people will look grimly at you, holding a beer in the one hand and a sausage in the other. Go out and explore whether the stereotypes you have a true or false – or something in between. I'm sure you'll come up with a few very interesting impressions and results.

Lisa blogs on her website Travellana which is an authentic travel blog from the heart. Travellana is a bilingual blog written in both German and English. Lisa is a 21 year-old girl from Germany. She is an enthusiastic explorer of our planet but primarily a student at University of the Ruhr, Bochum, where she dedicates herself to English and American Studies as well as Media Studies. She love cultures, nature and foreign countries and is always in search of her next travel destination…or the one after that. For more from Lisa check out her website.