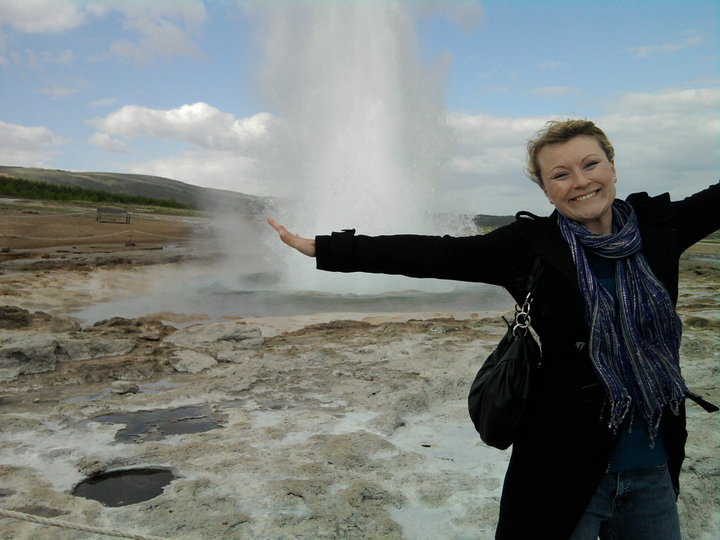 5 Things That Surprised me when Visiting Iceland

I’m not really one for travelling to the same destination multiple times, but Iceland is an exception (in fact, I can't wait to visit Iceland again now that as a family!). The country is so wonderfully mysterious; lava fields, volcanos, unusual cuisine, bird and whale watching, the northern lights, the Icelandic love for Eurovision and keeping their capital city beautiful- all of these things pulled on my heart strings and will without doubt, draw me back to Iceland at some point again in my lifetime. Perhaps I was somewhat naïve, but there were a number of things that surprised me when visiting Iceland that I would like to share with you in this post. 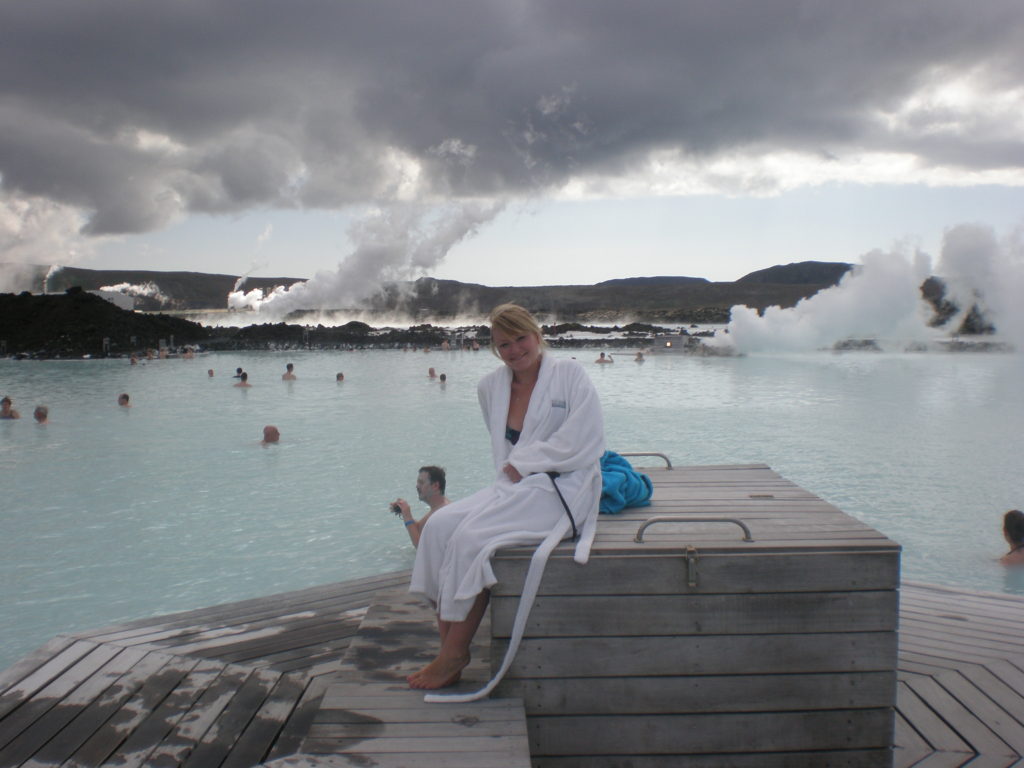 To me, Iceland offered the ‘exotic’ that I am generally in search of when choosing a travel destination. The unusual food, the eye-catching natural attractions (seriously, how cool are the geysers!?), the colourful Scandinavian buildings filling the capital city- all of these things are far enough removed from my day-to-day experiences in the UK that visiting this destination happily satisfied my desires for something different and exotic. Yet, it wasn’t necessary to travel half way across the world to see these things- bonus! I took a three hour flight from London for just over £100 which made Iceland super accessible. The only other destination I’ve visited that was relatively close to home yet also offered the taste of ‘exotic’ that I yearn for was Marrakesh. So, with Iceland being one of only two destinations on my travel map which met the ‘near, yet far’ criteria, this gives it a big tick from me!

I tend to be a relatively fast traveller (although this might change with the pending arrival of baby butterfly!) and with only four days on my first trip to Iceland I was pleased that I managed to squeeze in all of the major attractions. There are lots of pre-designed trips in Iceland which incorporate a number of the major attractions along with transport which makes it really convenient for the traveller. I did a one-day tour of the Golden Circle which included a visit to the blue lagoon, the geysers and the gulfoss waterfall. Whilst I’m not usually the tour ‘type’, due to the remote nature of some of the attractions and limited time that I had available I found that this worked really well for me. 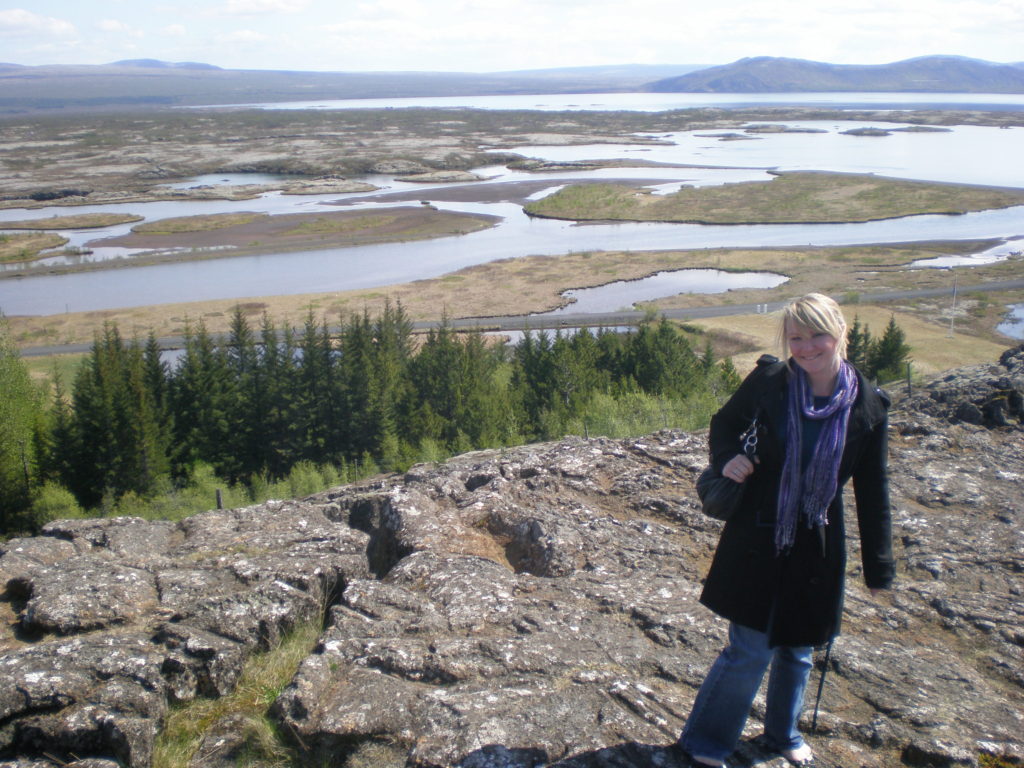 All you have to do is take a look around to see how dramatic thePhD research which was based in the centre of the country. This enabled me to get off the main tourist trail and to really see some of the beauty that the country has to offer. The seminar took place around a three hour drive from Reykjavik and on the journey there I saw barely any life. There were endless views of lava fields with mysterious bellowing volcanos in the background. At night we had to walk from the venue canteen to our rooms and I experienced a level of darkness I have only seen in the desert before! Iceland you never cease to amaze me!

Alongside the landscape I also had a lot of drama getting there. Remember the volcano that erupted a few years ago and caused chaos throughout Europe due to the ash clouds? Well, that was the when I was due to take my first trip to Iceland… needless to say that didn’t happen. So I re-booked my flight for a few weeks later, which meant that I experienced 20 hours of straight sunlight (again, a dramatic and somewhat bizarre experience), but unfortunately missed my chance to see the northern lights. My second visit to the country took me there last October, but torrential rain once again prevented me from witnessing the lights…. Looks like there’s a need for another trip!

Iceland is a remarkable country and there are so many incredible things to see and do. However, I was a little under-prepared when the roads were icy and I didn't even have a winter coat! If you are planning a trip to Iceland, I recommend that you take a look at this handy Iceland packing list to make sure you have what you need to have the most enjoyable time.

4- The community spirit was enduring

My first visit to Iceland coincided with the Eurovision song contest. I’ve never really been that interested in it and in the UK it’s not a huge deal (yes, people watch it but we don’t tend to take it too seriously). But the Icelandic people seemed to take this to another level! Walking through the city of Reykjavik at night I saw huge lines of people dying to get inside the bars showing the contest and dozens of people partying merrily whilst enjoy the show. On my walk home I saw drunken people littering the streets in the way that I have previously seen in Malia or Ibiza.

In the morning, however, I awoke to find herds of people grouped together to clean up their city. I have a clear memory, perhaps because this would be so unusual in the UK, of a small group of people planting flowers at 9am on a Sunday morning. There was an elderly lady, a couple of teenagers and a few people of ages in between all working harmoniously together. This was a sense of community that I had never seen before and I thought that it was really enduring. 5- The cuisine gave me mixed emotions

Honestly, I’m not sure how I feel about the food in Iceland. There was one day when I went out on a boat to see the whales and puffins. Then for dinner we ate them… Now I am a fond advocator of trying the local cuisine, which is why I did, but the nature-lover inside me did feel a little bit uncomfortable about this. I chose just to have a small sample of these foods as I honestly wasn’t sure if I could stomach an entire whale steak or whether I would like the taste. I was, however, pleasantly surprised as it tasted incredible! I’m not sure whether it was because it was whale or because I was eating in a fancy restaurant, but it genuinely did taste like one of the most moist, tender steaks (or sample of) I had ever eaten. I did also read that Iceland makes far more money from whale-watching tourism than it does from whaling, so this did make me feel a little less guilty! 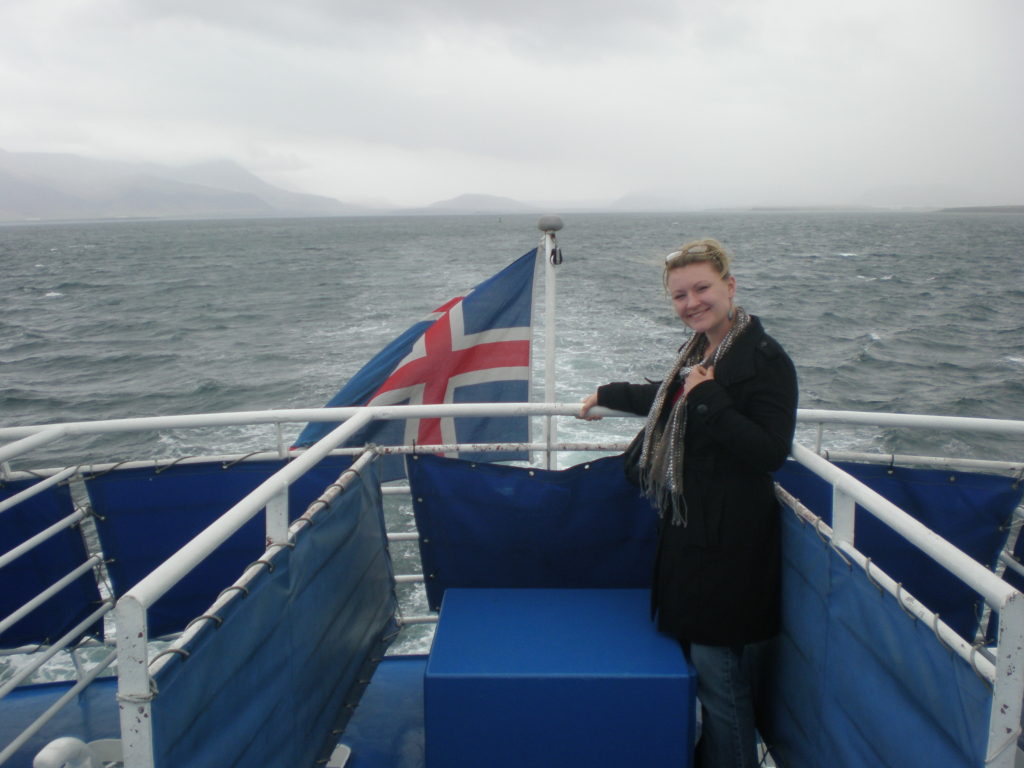 The other concern that I had with the cuisine was the cost. I did know what to expect, but that doesn’t make the £10 you just spent for your small glass of pinot grigio hurt any less! An ex-colleague of mine recently took a bunch of students on a trip to Iceland but failed to warn them about the cost of eating (he should have asked me, I would have told him!!). This resulted in some very hungry students and lots of complaints on their return… so my advice is to be prepared and make sure you pack enough pocket money to fill your hungry tummy!

Do you have any unusual Iceland experiences? I'd love to hear about them- feel free to comment below!