Surprising Characteristics That Make A Trip to Bozeman, Montana Unique

Contrary to popular belief, Montana is not only home to people wearing cowboy hats, eating buffalo steaks, and ranching day in and day out. There are hunters, ranchers, and real-life bronc breakers with about half a mouthful of teeth, but there are also a lot of tech business startups, entrepreneurs, artists, and students who have probably never gotten on a horse. Grit and an old-school way of friendliness still flourish in the state, and Bozeman is no different from the rest of Montana. The growing popularity of the western frontier and the influx of visitors in recent years has given it some unique characteristics though. Some new, some old, but all things that you will not regret taking the time to explore on your next visit!

For anyone interested in skiing, fly fishing, river sports, mountain busting, or any overall snow-related sporting utilities, Bozeman is sure to please. Think of Colorado, but with fewer people and more open areas. Bigger skies and national forests lend to the state's popular nickname, The Big Sky Country.

If visiting in wintertime, which counts as about six months out of the year, world-class skiing graces both sides of town. From exclusive to rugged, family and friends come out once the snow hits specifically for the scenic slopes. If you are more of the riverside, summer weather type, plan on waiting until May or later when blue-ribbon trout streams flow swiftly across any road you are willing to take.

Anyone with an interest in simply getting out, whether for a hike or peaceful walk, should plan on packing some comfy shoes too. Montana itself has over sixty marked trails across its statewide system, and a good third of those are within a day's drive of Bozeman. Recognize though that Montana also has numerous acres of national forest and fifteen Natural Wilderness Areas, leaving the opportunities for trailblazing wide open! Also, Bozeman sits in a valley surrounded by no less than four mountain ranges, so there is never not an opportunity to, “Get Out and Get Lost,” as they say. Tent, camp, hike, or bike for days in almost any direction. Oh, and in case you were wondering, Montana has a public water rights law too, meaning open bodies are meant for everyone to share. Whether you want to fish or float, respect nature and enjoy it with friends almost anywhere.

Hotsprings Galore to Soak Up Montana’s Sites and Culture

If you are from Montana or have ever visited Yellowstone, you know that geothermal activity is normal here. The resulting hotpots have been a staple of life throughout history.

The natural hot water springs pop up in random corners throughout the state, making for the perfect natural mineral bathing wells. Natives, miners, pioneers, and people from around the world have used these pools for their healing properties and heat sources since the beginning, and even though most are now developed, they are no less beautiful.

Bozeman itself has one firmly planted in the middle of the activity, but if you are willing to travel within a couple of hours, you'd be surprised that there are also at least a few more secret honey holes the locals frequent for relaxation, healing, and sometimes brews and live music. Each locale is different and showcases its own vibe, making them well worth a visit if you are up for a little adventure!

Exploring Historic Sites In and Around the City

History buffs will have a field day simply walking down Bozeman's main street and checking out each building's history. More than 700 of the city’s structures are on the registry of national historic places, with most in excellent and still working conditions. A booming midway point for cattle, gold, and travels back in the day, the city used to be everything including the main shopping area, banking center, local library, social gathering spot, and even the red-light district. Today, historic tours will point out the well-preserved structures and give a brief rundown of who stayed where, did what, hauntings, and sometimes the more horrific or bashful uses of some.

For those willing to hop in the car for a day trip, the historical sites get even better. Ghost towns, both abandoned and still in working condition, are found in all directions. The Grant-Kohrs Ranch National Site showcases over eighty old structures, while the Parker Homestead Park is home to an original aged sod house from settler days. Virginia City, a small town about an hour and a half away, is a living, breathing relic of the past with cars lining what was once a busy gold rush main street. The old town comes alive in summer with actors, restaurants, shows, and ghost tours. Then there is the Big Hole National Battlefield, a relic of a fatal battle where many lost their lives in 1877, complete with tipi rings and tour information.

Though Bozeman is not the biggest city around, or even a pinprick on the map compared to surrounding municipalities, it is one of the most populated destinations in Montana, and approximately ten or more hours away from any other real metropolises. Because of this, Bozeman is a popular stop for touring bands and acts, especially anyone headed on the road between Chicago and Seattle. It is a great halfway point to book a show, and the people are happy to come out for a good event! This leaves the city with an astounding number of bigger acts often in smaller and more intimate locales that are sure to impress. From famous musicians and comedy tours to world-renowned dance troupes and artists, you are sure to stumble upon someone you would be surprised to see rolling through the mountains.

Besides unique venues, Bozeman is also home to the Emerson Cultural Center, a historic building established specifically to cultivate and educate those in the arts. Showcasing local and traveling artists, keep an eye on the schedule because there is always something new happening.

For those not into the arts but still interested in entertainment, the variety and exclusivity of the museums may surprise you. Both the oldest computer and robotics museum, and one of the largest dinosaur fossil collections in the world, reside here. See one of the oldest and rarest ancient computer replicas around while checking out one of the largest dino skulls in the world, all on the same day! If that still is not quite up your alley, there are numerous brewery-enhanced events with speakers on everything from guitar history to the extensive wanderings of Lewis and Clark.

Montana is not known as a destination for the shopaholic, though if you are searching for uniquely western wear, high-end handcrafted goods, arts, and more, you may be in for a treat. Small boutiques line the streets of Bozeman, and the nearby municipality of Livingston, with nothing less than one-of-a-kind products you will find nowhere else.

An often overlooked commodity here is jewelry. Montana, known for its fossils and precious metals, including copious amounts of gold, is also home to a multitude of gems, from rubies to jasper. The true jewel of Montana though that may put a sparkle in your eye is the Yogo Sapphire. Not only are these beauties found in a range of colors and used in uniquely crafted jewelry, but they are also the most precious type of sapphire in North America, and they are only found in a few small areas of Montana.

Discovered back in the gold mining days, colorful little stones were often tossed aside as they littered the sluice boxes and pans where gold was the primary goal. At some point, one miner sent his little box of colorful stones to a renowned gemologist at the time, none other than that of Tiffany's. At the time, he received a small amount for his box of rocks that were later claimed some of the finest in the world due to their clarity and color.

Today, you can stop by any jewelry store, gallery, or ask around. You’ll find sapphires in all cuts and colors, only differentiated by their shimmer and price tag. The Yogo's, with their exclusive gleam, may be a little more elusive, but all part of the Montana adventure!

An artist, writer, adventurer, and traveler, a love of writing started young. Always doodling in a sketch book or journaling down notes, it wasn't until the love of travel kicked in that it was realized both could be full-time careers. Now, between studio time and computer screens, exploring Montana and it's natural wonders is the main hobby, which I love to share about. 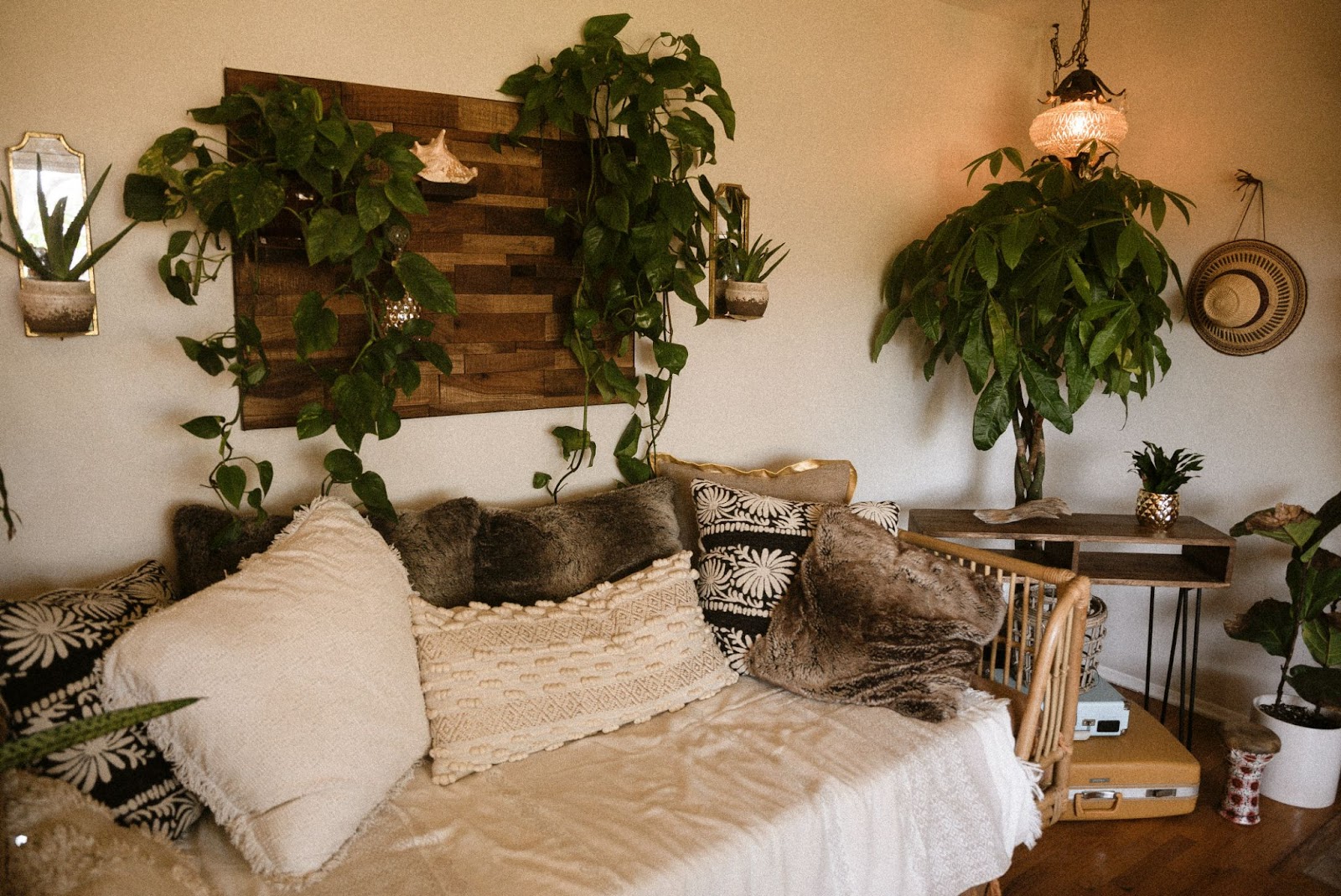