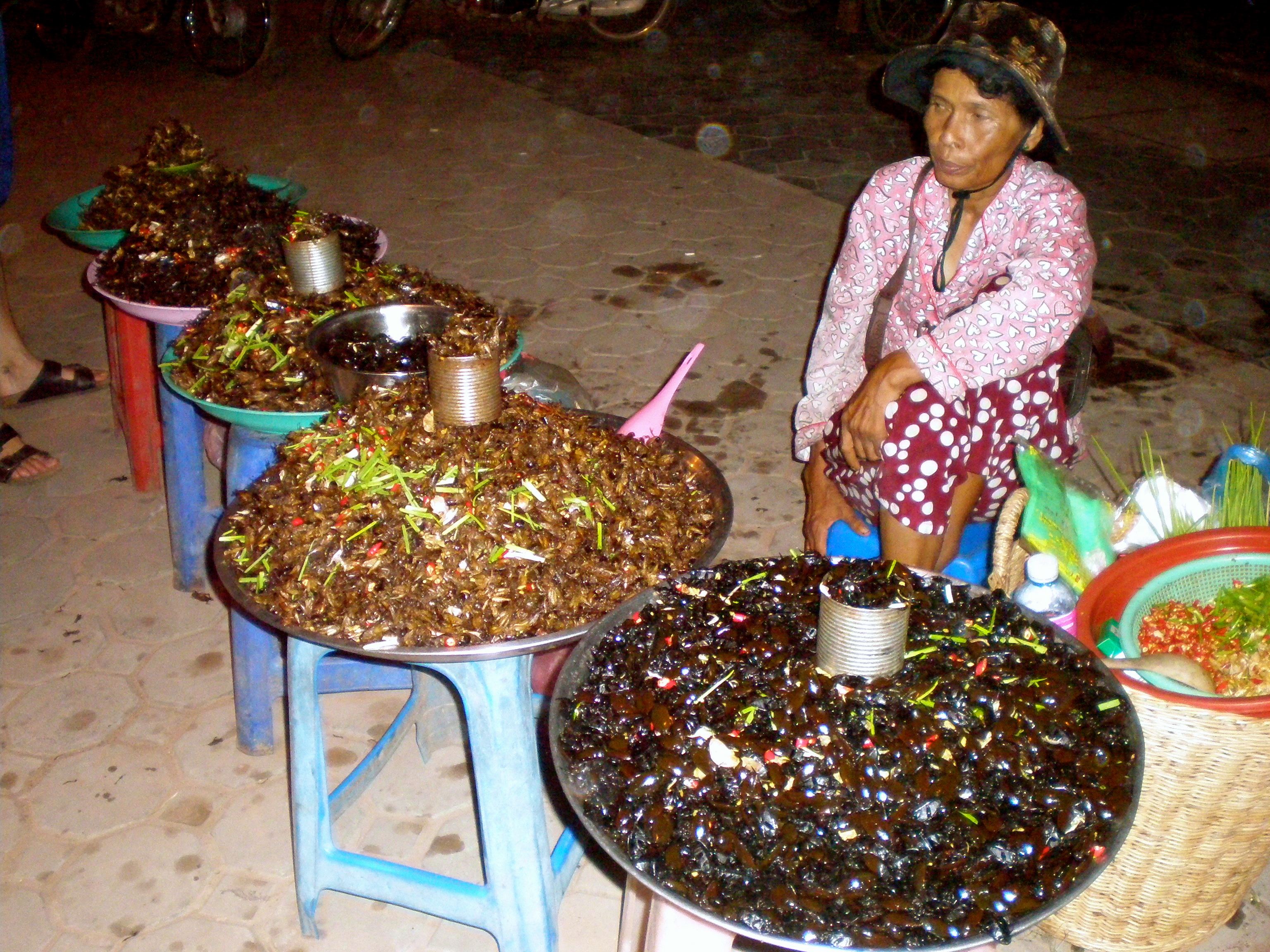 Within my first few minutes of being in Cambodia I discovered these bugs. Cambodia is full of many insects, big and small, but this particular bug experience I felt was worth sharing.

I was in a taxi with two other people and the driver heading from the Thailand/Cambodia boarder to Siem Reap. We had been driving for around an hour and a half and were about half and I was sleepily staring out the window into the surrounding darkness. Gradually, along the roadside, there began to appear the odd fluorescent tube, I assumed these were to show drivers which way the road was bending. But as we continued our journey, these tubes became more and more frequent along the roadside, and then they began to fill the surrounding fields too! All of a sudden there was an array of fluorescent tubes as far as the eye could see. 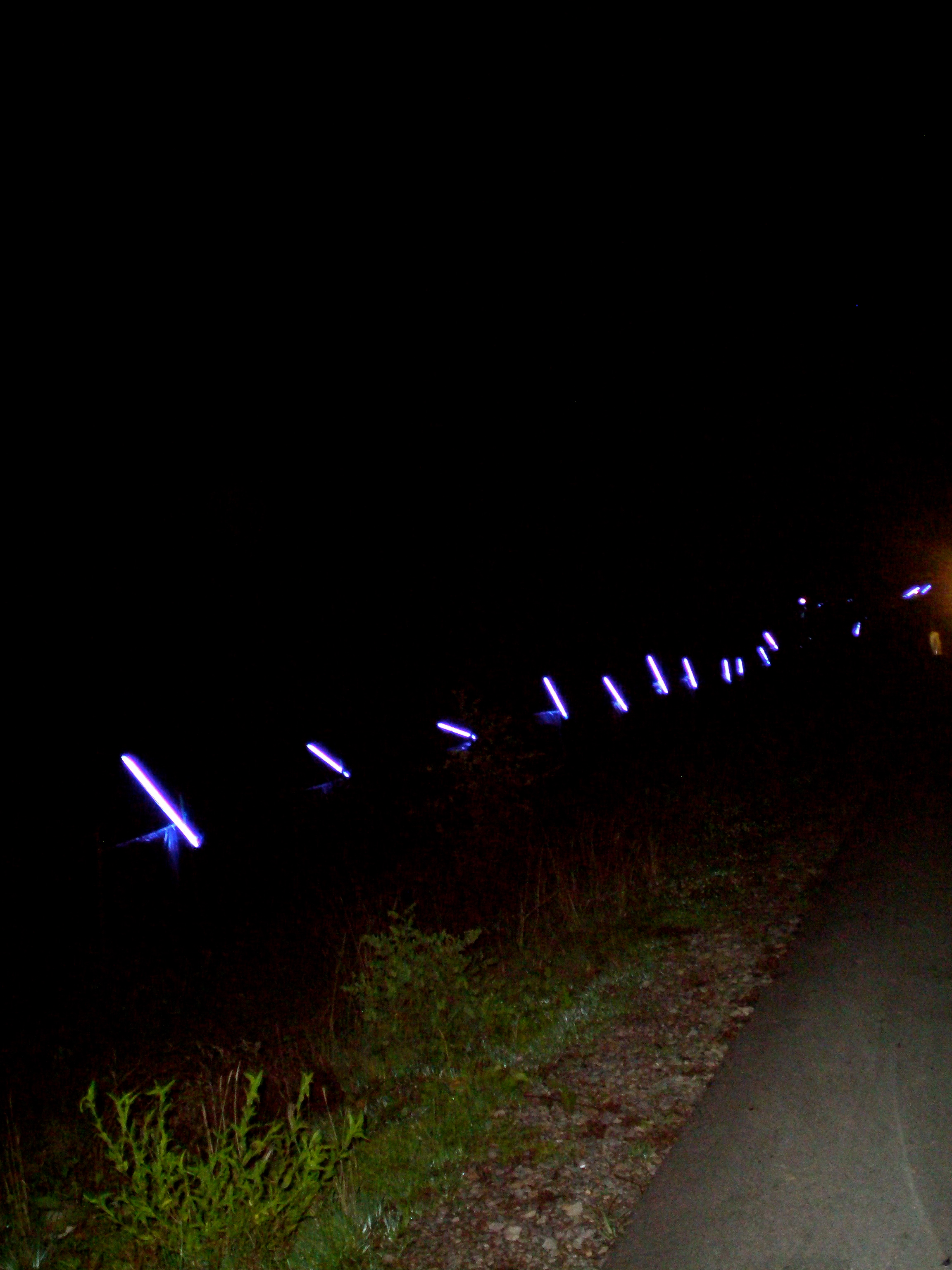 We thought this was very strange so asked the taxi driver what it was. He tried to explain but his lack of English limited him significantly. All we could understand was “buzzzzz, drop”. So we assumed this meant bugs, but we couldn’t work out why. So he stopped the car and got out, and when he returned he had a HUGE bug in his hand! 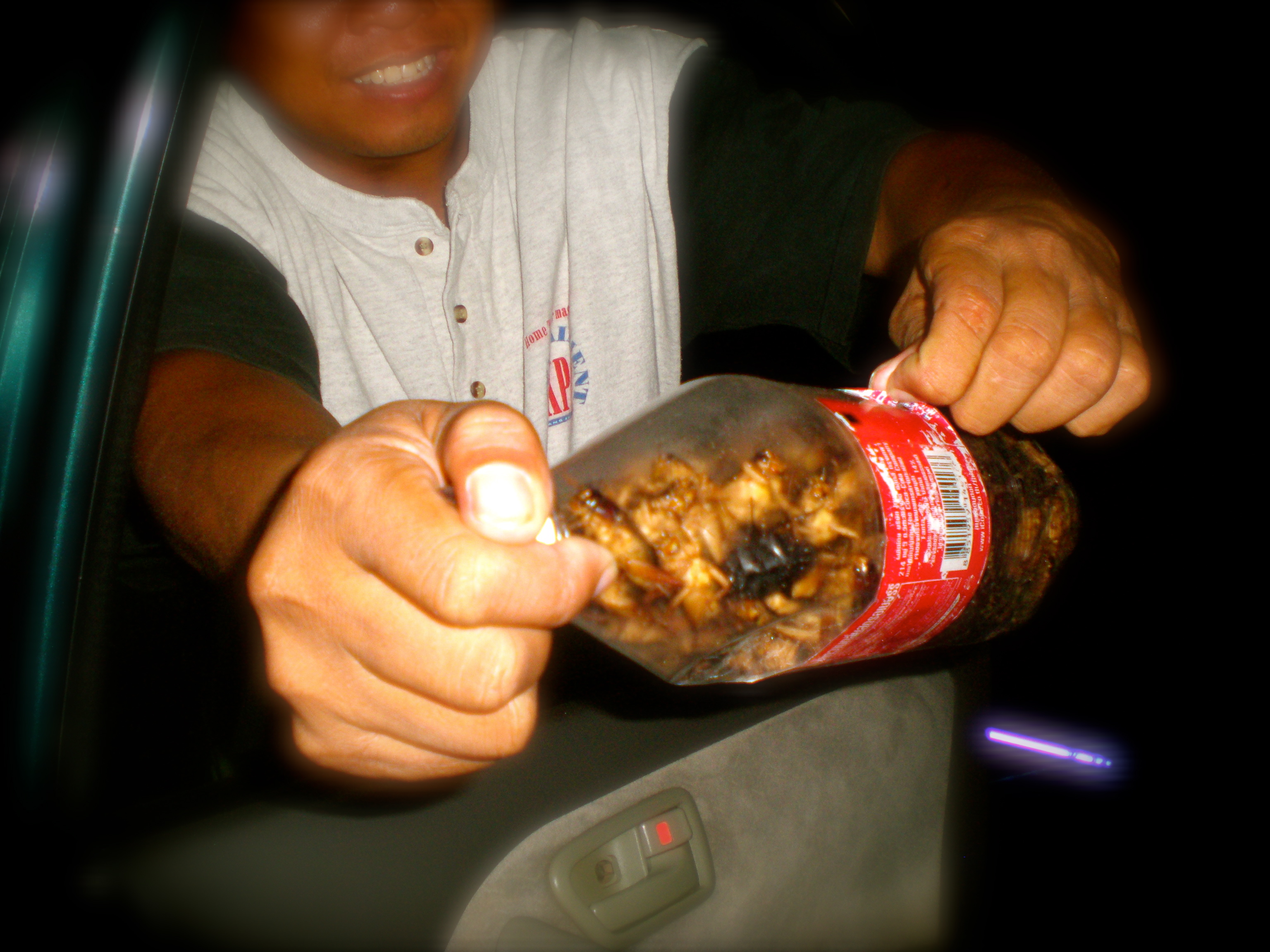 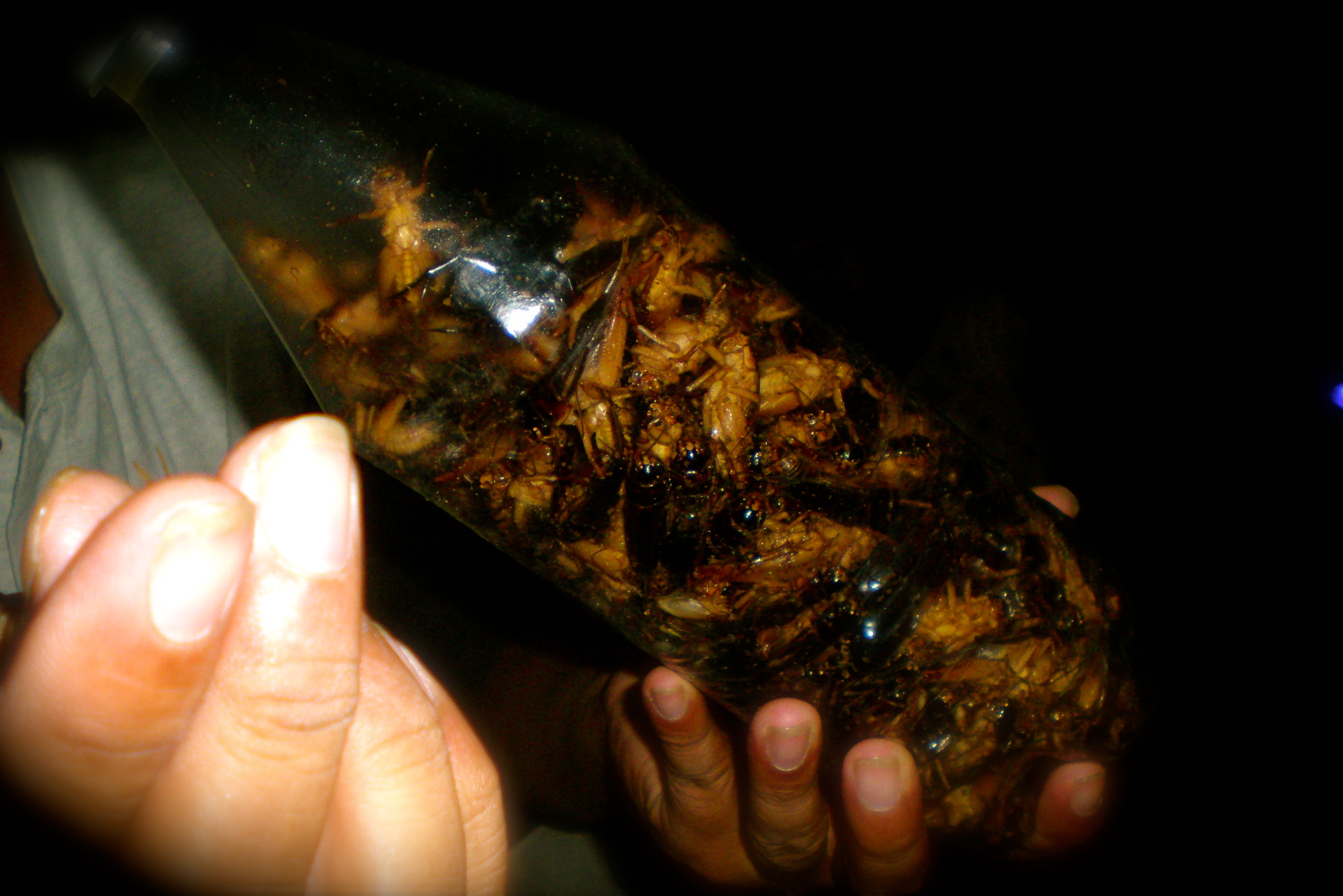 Naturally I screamed! The taxi driver thought this was very funny. So we then worked out that these huge cockroach type flying bugs are a local delicacy and that they live around the rice fields, so they put these fluorescent tubes up with bags underneath then to catch the bugs, which are then eaten by locals, or exported to Bangkok. The taxi driver said that they catch about 10,000kg  a night of these bugs!  To say they were in abundance would be an understatement!

As we continued driving the bugs were hitting the windscreen like snow, it was incredible. The taxi driver stopped again and came back with a coke bottle full of these bugs! The local people were all walking along the roadside collecting them too for their dinner! Apparently they taste like nuts, although I wasn’t brave enough to try them!

When I reached Siem Reap I had to get on a taxi bike. During the ride to the guesthouse I was hit in the face several times by these huge bugs. Normally I would freak out, but if I did that I would fall off, so endurance was certainly key in this experience…! And it was certainly a memorable one….

The next day I was walking down there street and I discovered the lady that I have named ‘the bug lady’. Here was the final product. Of all of my travels, this has to be one of my most memorable experiences, largely due to my fear of bugs, but also due to the complete randomness of it all. Would you be brave enough to sample some of the ‘bug ladies' products?

Off to Cambodia? Why not order yourself a Cambodia Lonely Planet guide!