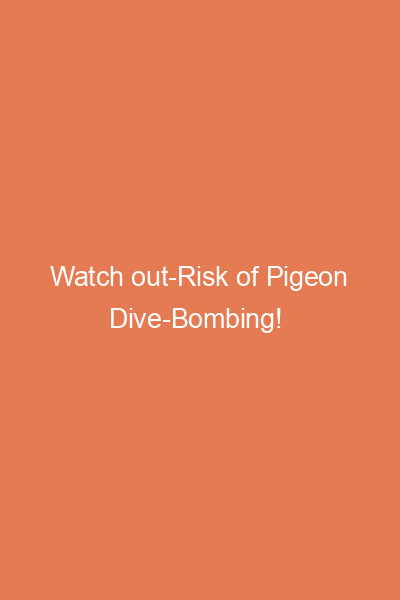 One of the main frequented parts of Milan is the Piazza Del Duomo, which is the square surrounding the popularly visited cathedral, more commonly known as the Duomo. This is a very pleasant area, within which many people will simply chill out on the steps to the cathedral, soak up some sun and people watch.

However, there is a risk of being dive-bombed…by pigeons!

Throughout central Milan there are lots of men attempting to sell you things, from fake designer sunglasses to string wrist bands (which being a city so prominent in designer brands I’m surprised they would get much business from selling string bracelets). The men are quite pushy and will quote lines to you such as ‘give some money to Africa’ or ‘Buy some Africa’ (anyone who didn’t know better would have actually thought we were in Africa). However, according to my Lonely Planet (because of course I would never leave home without this! Ha ha) these men do more than just trying to sell you things.

‘Beware of the bird seed sellers on Piazza Del Duomo who sneak seeds into tourists’ pockets, prompting pigeons to dive-bomb the victim, who is then encouraged to buy seed to escape further bombardment’ (Italy Lonely Planet)

The use of the word ‘victim’ here did emphasise the seriousness of this, but I couldn’t help but laugh when I read it nonetheless! When I found myself in the square however, I was mindful of this scenario- and stayed well clear of the street sellers and their pigeon food. There are far too many pesky pigeons in London, I had absolutely no inclination to be getting up close and personal with them here!

However, I would have quite liked to witness some dive-bombing…perhaps I should look it up on youtube…?