With family travel on the agenda for the foreseeable future I've been thinking about destinations that are not too far away and that are affordable. This week I bring to you a guest post from Nikki and Michelle who has given me some wonderful inspiration to visit Croatia! Have you been?

Croatia has become one of the more popular tourist destinations in Europe in recent years. The country caters to several tourist types including adventure enthusiasts, sun worshippers, history buffs and foodie fans. Croatia’s attractions are plentiful and varied as visitors may spend their time chasing adrenaline in Croatia’s wild outdoors, sailing from island to island in the summer sun, admiring picturesque waterfalls, walking through historic walled towns or simply chilling on the beach. Additionally, the budget-friendly country is fast becoming a popular destination for food lovers who go there to sample its coastal seafood dishes or inland traditional Balkan fare.

We spent a week driving across the country and here are our top five places:

This gorgeous UNESCO-listed site, which consists of 16 turquoise-green lakes and several beautiful waterfalls nestled within the canopies of a large forested area, seems to have appeared straight out of a fairy-tale. Plitvice Lakes can be visited on a very easy day-trip from either Zagreb, the capital, or the coastal cities of Zadar and Split (all three cities are popular tourist bases for visiting the rest of the country) and is accessible by public transport, organised day trips or taxis, unless you are of course driving your own car like we were. Several hiking trails run through the park and you can choose to follow whichever one suits you best, depending on the time at hand and your level of fitness. The trails range from 2-6 hours and some include a combination of walks and boat-rides. If you’re not pressed for time or if you are after a very peaceful vacation, you can even spend a night or two in the park to feel close to nature. We chose to follow Trail B, an easy 2.5 hour trail (including several obligatory photo stops) which took us through the lush woodland across different lakes and cascades and felt just right considering that we didn’t have too much time to spare.

Tip – be sure to carry enough drinking water with you, there are no places to buy any along the way. Hiking shoes are a must as the trail gets muddy and slippery at times.

Dubrovnik is probably the best-known town in Croatia, having been popularised by the series Game of Thrones where it represents King’s Landing. The beautiful walled town is served with many direct flights from other European cities and is also a popular day trip destination for travellers based in Split or even Montenegro. Affectionately known as ‘The Pearl of the Adriatic’, it is famous for its city walls overlooking the sea and in fact walking along the walls is one of the main attractions for visitors, especially in good weather when the terracotta-roofed houses stand out against the blue skies. Unfortunately, it was raining hard when we visited, so we didn’t get to experience the walk; we did however have the town to ourselves for most of the time since many of the cruise ship tourists were sheltering inside Dubrovnik’s quaint coffee shops.

Tip – if you’re driving your own car, do not waste any time trying to find parking close to the city walls – it’s almost impossible, especially in peak season. Drive instead to one of the parking garages located about 20 mins walk from the walls and enjoy taking in the view of the town as you walk towards it. 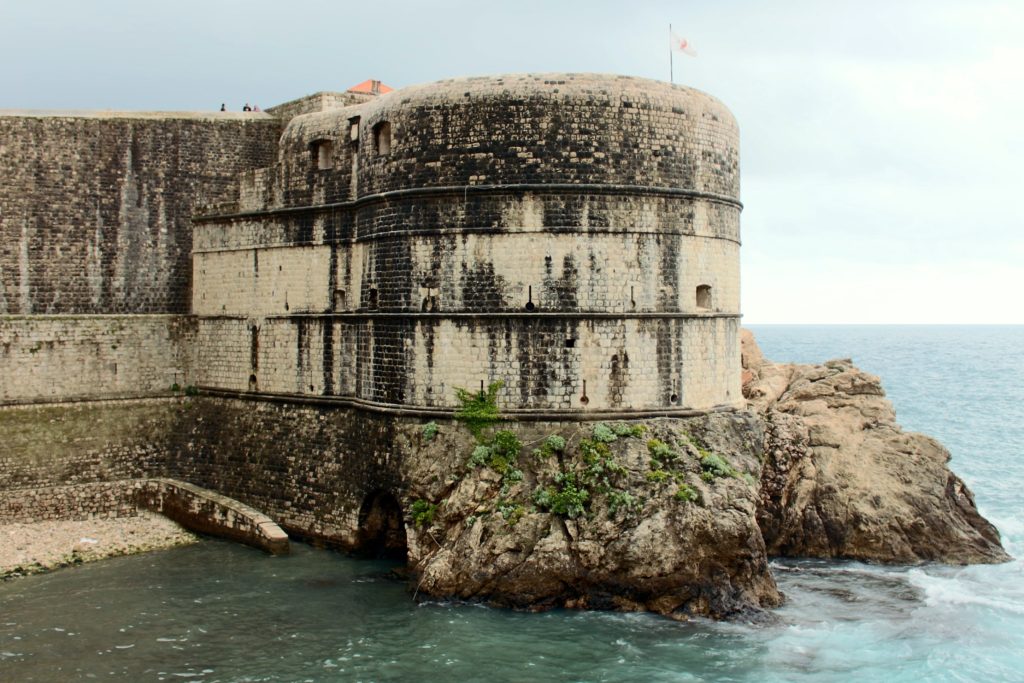 The Istria region was our favourite part of all of Croatia and we felt that Rovinj, an old fishing town was the highlight of the region. Istria is actually a peninsula on the western side of Croatia close to Slovenia and Italy with plenty of hiking and biking opportunities within its mountainous interior. We chose to spend our time in the coastal towns of Pula and Rovinj, both of which are packed with culture and character, Rovinj being the prettier of the two. Famous for its olive oil and truffles, the Istria region is fast becoming a centre for gastronomy, so if you wish to sample some mouth-watering but affordable cuisine, be sure to visit!

Tip – wear comfy shoes and a hat if you intend to climb all the way up to the bell tower of Sv. Euphemia’s cathedral in Rovinj. The views are spectacular but the wooden staircase and pooping pigeons less so! 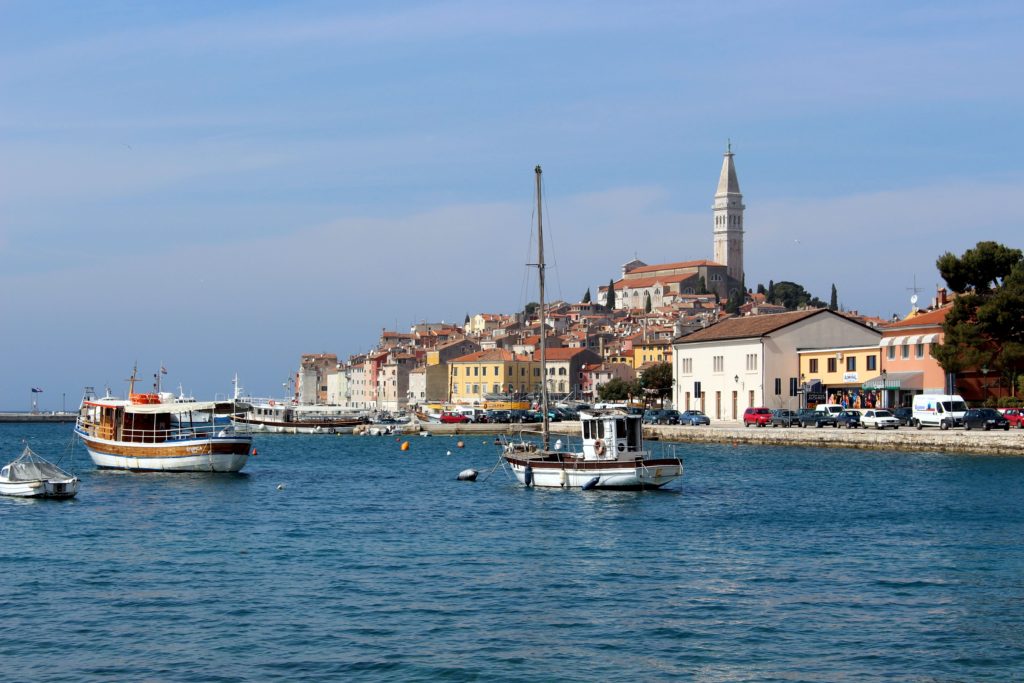 We feel that Zagreb is one of the most underrated capitals in Europe being often overlooked on many itineraries. We drove to Zagreb on a whim without wanting to do or see anything in particular but were happily surprised by its casual vibe and subtle beauty. The city is very easy to walk around and many of its attractions are close to one another. We highly recommend visiting the Museum of Broken Relationships if you’re looking for something unusual (and even if you’re not)!

Tip – be sure to take a look at the Glagolitic Script (the first Slavic script) on one of the walls of Zagreb’s gothic cathedral. 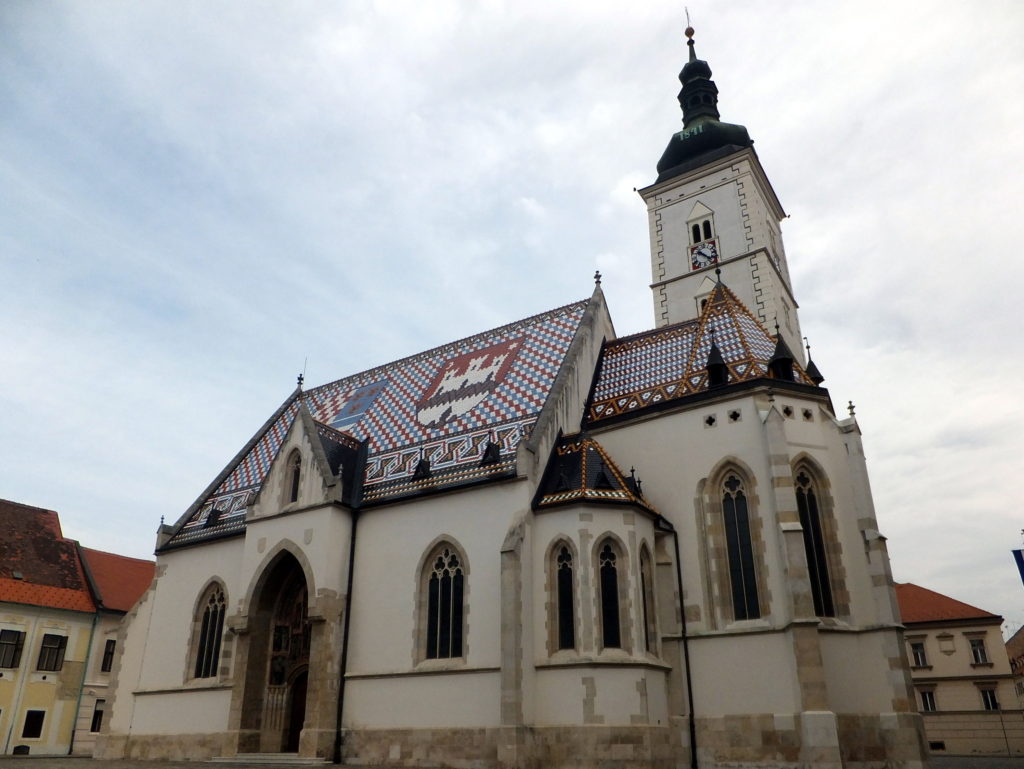 A trip to Croatia is not quite complete without a visit to its islands (of which there are over a thousand), mostly located along the Dalmatian coast. The picturesque islands can be accessed on organised sailing trips in summer, ideal for lovers of sea and sun, or via ferries running from coastal mainland towns. On our road trip across Croatia, we caught a ferry to the island of Brač from Split and were immediately transported to a peaceful world of roadside chapels, vines and olive groves where time seemed unimportant. Since we were there during the shoulder season, the beaches were almost empty due a surprisingly low number of visitors to the island at that time, which was great for us! Many of the small Dalmatian islands are very similar to Brač and are ideal destinations in summer if you are looking to relax and unwind. Bear in mind that they can be overcrowded with tourists in peak season though!

Tip – climb up or drive to Vidova Gora, a mountain above Bol to take in the spectacular view of the Zlatni Rat (Golden Horn).

About Cheeky Passports – Michelle and Nikki are a couple from Malta struck by wanderlust and curiosity. A pharmacist and a mechanical engineer, they have travelled to over 60 countries on 5 continents and have recently traded their full-time jobs for an indefinite trip around the world. You can follow their adventures on their travel blog www.cheekypassports.com.